Autumn is coming to Badock's Wood


One good thing about the recent wet weather is that it freshens everything in Badock's Wood. The greenery looks greener and the stream is lively and clean. Of course you need to dress for it but there is a pleasure in walking through the woods in the rain. Different sounds and a different feel.
Click on the images to enlarge them if you wish to see more clearly. 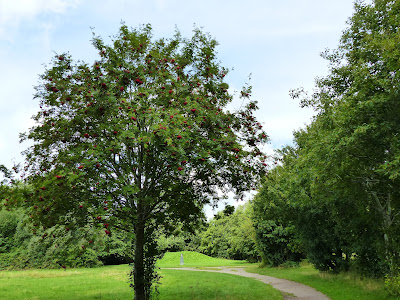 There is definitely an autumnal feel and the fruits and particularly berries on the trees and bushes bear witness to that, so do the animals and birds which rely on them each year. 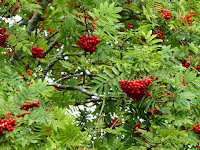 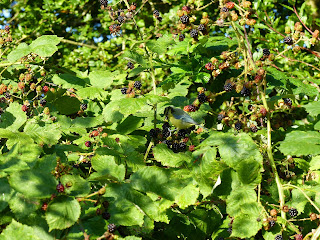 This colourful Rowan tree is in the meadow and is an important source of food for many birds including blackbird, thrush and later, if any berries are left, the redwings and fieldfares.
There are also plenty of blackberries about. This bluetit and  the squirrel are enjoying ones in the meadow. It might be that the bluetit is also having a feast of some of the small caterpillars and other insects that we carefully avoid when we are picking the fruit ourselves. 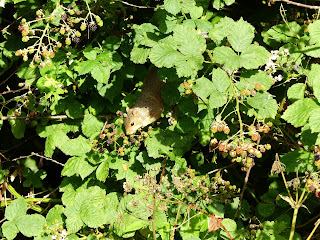 It's amazing how squirrels can jump so far and land on flimsy branches. They seem to climb out on impossibly thin shoots to get at the best fruit. Very daring ! This squirrel was also in the brambles around the edge of the meadow last week. Very often though they are in the trees after nuts and succulent shoots. It's easy to spot squirrels because of the movement and noise they cause while climbing from branch to branch.
There are many places in the wood where the path is littered with hazelnut shells and the remains of their feasting. 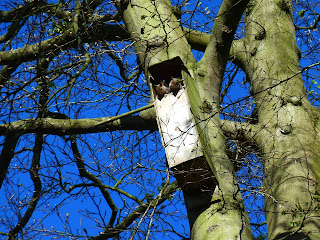 Sometimes the squirrels just need to rest and watch the world go by. I spotted this pair on a chilly morning in the Spring. They were in the owl box by the bridge near the Westbury Wildlife Park (WWP). They'd climbed up high to sun themselves. If you go there to see the box you will be surprised how high up they were. 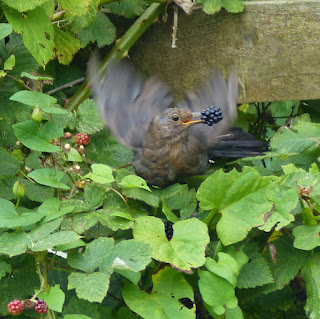 This female blackbird was nervous of me but couldn't resist one more berry. She was in the brambles at the back of the pond. Her mate, which of course was black, was feeding just a few feet away but being more shy was hiding behind a few leaves. It was tucking into the berries just the same though. That berry looks clean, ripe and juicy. 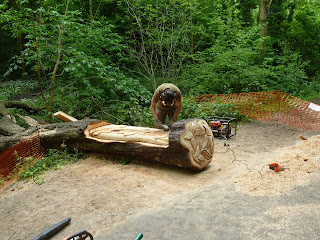 As I mentioned last time, there are several carvings around the wood. During the storms of last winter a chestnut tree fell over the path which follows the Trym upstream from the Triangle. A piece was cut out to allow walkers to continue using the path and then during the summer the remainder was sculpted.
Sculptor Andy O'Neill is seen here working on a large coiled creature to be the seat of the piece. I'm sure it's very comfortable !! 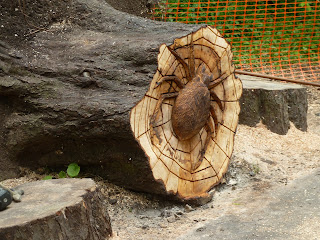 I've put just two photos to whet your appetite. This is the cut end of the base of the tree and gives a taste of what is on offer.
Well done, Andy !!

Don't forget the Badock's Wood Celebration at the Doncaster Road entrance on Sunday Sept 20th at 2pm till 5pm. See the Friends Of Badock's Wood leaflet or website for more details:
http://www.fobw.org.uk

I'll try to include a map of the woods in the next post for those who aren't familiar with the layout and perhaps also a bit of history.